A downloadable game for Windows

John Horton Conway proposed his “Game of Life” (1970), as an ortogonal 2D grid, with square cells, each of which is in one of two possible states: live or dead. The grid evolves in sucesive iterations. Each cell interacts with its neighbours during each iteration (each cell has 8 neighbours). Evolution follows the next rules:

1- A live cell keeps alive in the next iteration if it has between A and B neighbours. In other case, the cell dies.

2- A dead cell gives birth  to a cell in the next iteration  if it has between C and D neighbours.

The rules (2, 3, 3, 3) were proposed by Conway as it generates the more interesting structures.

This game offers you the posibility of exploring Conway’s Game Of Live in VR, in two ways:

- Conway 2D, is the original Conway proposal, with personalizable rules, each iteration being placed in height layers.

- Conway 3D, is the expansion of Conway 2D to the 3D space, using 23 neighbours for each cell.

It is possible to personalice the rules (A, B, C, D) in the game (both 2D and 3D version), thus you are free to explore and discover new rules and interesting cellular structures.

It requires a PC capable  of running PC VR applications and your Oculus cable conected to your PC.

The game can be very "CPU intensive", specially  when creating big cellular structures.

Download the ZIP file, extract and run the Conway executable with your headset linked. 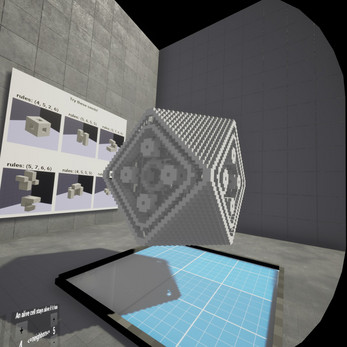 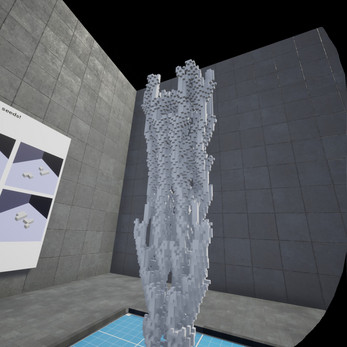 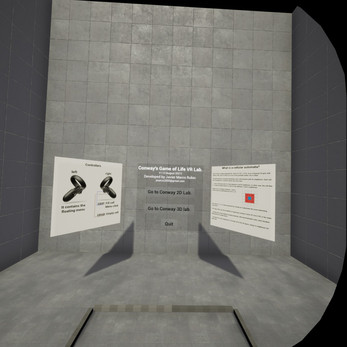 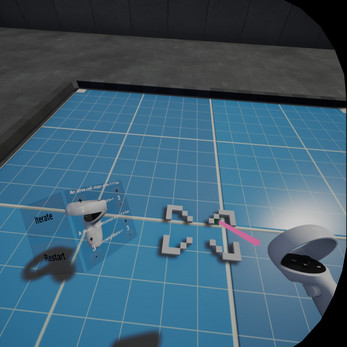 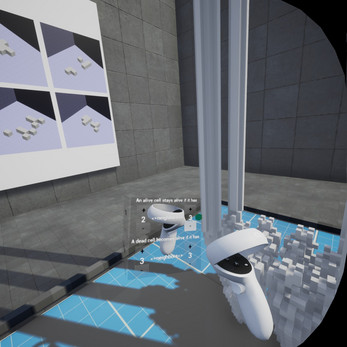 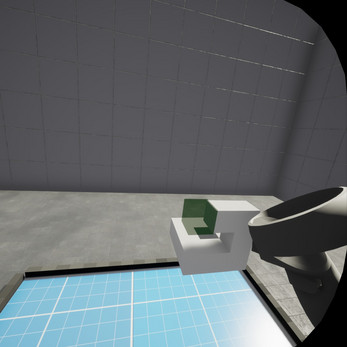